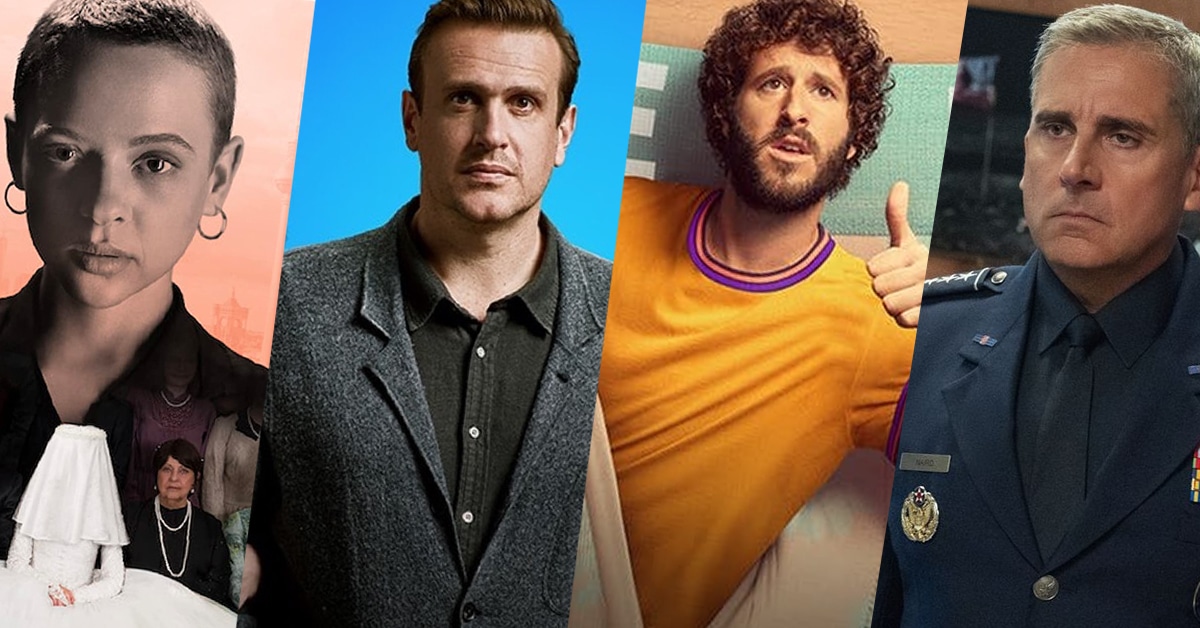 2020 has been a difficult year for most of us. Here’s a review of the 5 best TV Series that were released this year, as you socially-distanced yourself from the world:

‘Unorthodox’ is inspired by Deborah Feldman’s autobiography that details her life in the Yiddish community of Williamsburg, Brooklyn, New York. In this miniseries, Esty (Shira Haas) is a 19-year-old girl from an extremely orthodox community. The story follows her rebellion and her desire to grow as an individual, unlocking unexpected quests. The writer, Anna Winger, unravels the simplicity of the orthodox mind without forcing the audience to judge them too harshly. The cultural commentary is meant to irk but allows for an emotional exchange between the very orthodox and the very liberal. Small plot points, like the sensitivity Etsy’s partner grows to portray, question the sensibilities of the audience, and empower the emergence of a new moral.

‘Dispatches from Elsewhere’ is a TV Series written by Jason Segel, most remembered for his role as Marshall in ‘How I Met Your Mother’ and creating ‘The Muppets’ movie. The story explores the daily problems faced by four people in Manhattan, who seem to think that their life is dull and uneventful. Through a revitalizing interactive role-playing game set up in the streets of Manhattan, the four rediscover themselves. As they unlock their secrets, the audience realizes that they’re reeled into the game too. A prolific masterpiece delving into human psychology, the show stars Jason Segel, André Benjamin (André 3000), and Eve Lindley. Exploring diverse issues, it urges a much-needed rethink of what duality and forward-thinking mean.

An enthralling dive into the life of rapper and comedian Lil Dicky, this comedy tv series is a must-watch. Produced by Jeff Schaffer, Kevin Hart, and Greg Mottola, the show is packed with wholesome humor that is just right. Dave Burd has a lot of sides to him, the loudest being the obvious truth that he’s the greatest rapper of all time. The show follows his twists and turns, studying his support systems and the faith they have in his resilience to be a star. Sheer brilliance, Kevin Hart has indulged well with this loosely autobiographical comedy on Dave.

Churning a perfect balance of satire and political commentary, ‘Space Force’ is a well-written comedy tv series created by Greg Daniels and Steve Carell. The show follows Carell in his role as the head of the Space Force, a new American venture that aims to restore their global prowess. With performances by long-time favorites Jane Lynch, Lisa Kudrow, and Noah Emmerich, Space Force undoubtedly makes for great dinner-time television. One could say that the spirit of ‘The Office’ is sprinkled on this more enigmatic version of a day at Dunder-Mifflin Paper Company.

An Adult Animated TV Series, ‘The Midnight Gospel’ explores the multiverse like Rick and Morty. Surrealist Sci-Fi, the show’s protagonist is a spacecaster named Clancy Gilroy who resembles a mutation between an overgrown Mowgli and a unicorn. The authenticity of his adventures similarly lies somewhere between Rick and Morty & The Jungle Book, featuring heart-wrenching isolation and real-life podcasts. Comedian Duncan Trussell explores his own works through the Chromatic Ribbon and all its possibilities. An engaging and refreshing piece of fiction that could replace tears from having binged all of Rick and Morty
(Season 5).

If you happened to miss any of these, you’ve made a grave mistake. If it was because you were busy watching the new episodes released for the shows* that are so dear to you, then I’m forced to forgive you. If not, grab some popcorn and finish the first half of your 2020 Journey.
Let us know what you feel about the review of these mind blowing TV Series in 2020 in the comments below!
TV Series that were renewed with new seasons*:
• Better Call Saul
• Sex Education
• Schitt’s Creek
• After Life
• The Politician
• The Sinner