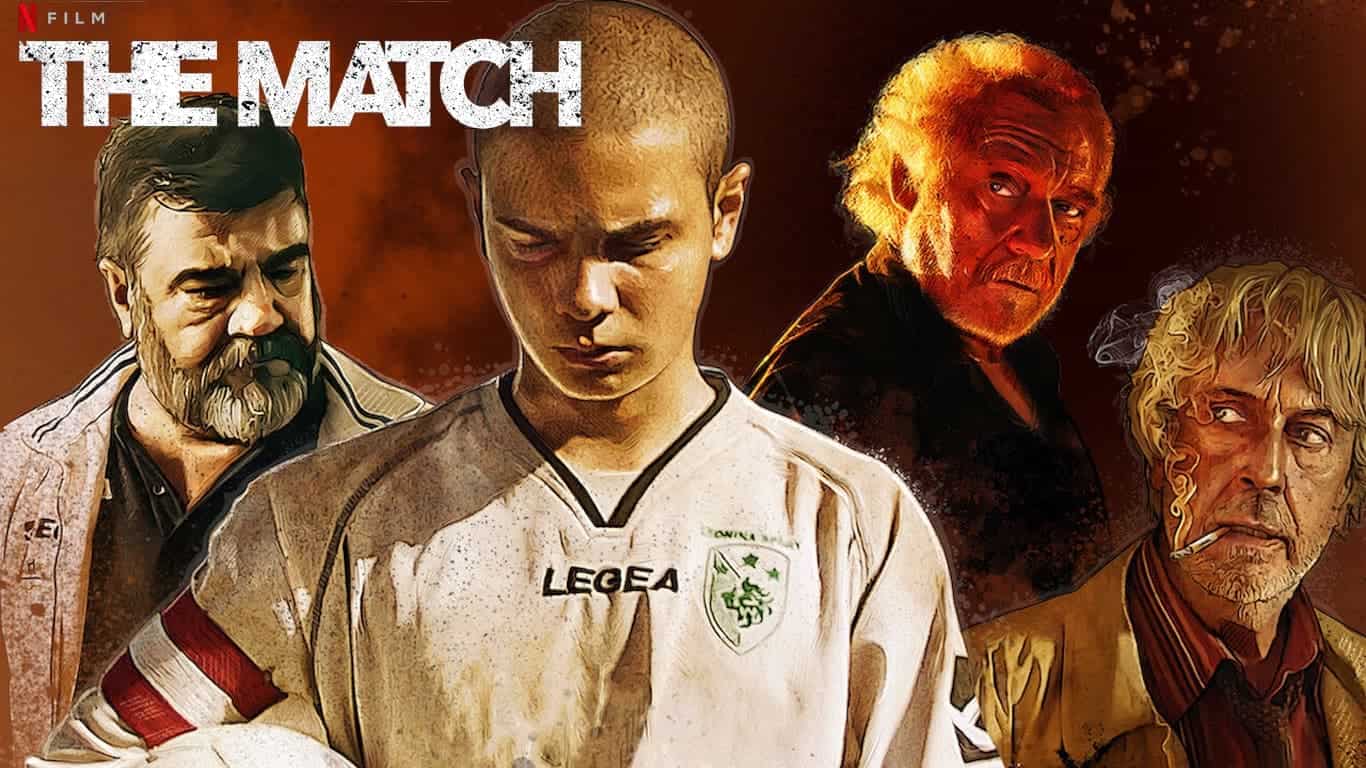 Exploring the Italian love for football, Francesco Carnesecchi writes and directs ‘The Match’, originally titled ‘La Partita’. With its worldwide release on Netflix today, viewers follow passions that fuel football in the outskirts of Rome. Is this another movie like “Goal!”? To the contrary, I would say ‘The Match’ is an insightful commentary on how football affects suburban Roman families.

I don’t believe in God or miracles, and if any of you do, you’re mistaken. Here, you can only win by fighting. Don’t wait for help from the sky.

Claudio Bulla (Francesco Pannofino) has been the devoted coach of Sporting Roma, a suburban local football team, for 30 years now. Sadly, the team has never won anything so far. Despite Sporting Roma never having won, it has a steady set of observers. Antonio, the star player of the team, is determined to win. His father Paolo (Fabrizio Sabatucci) brings his daughter to the games, as he supports his son in his endeavours. There is a vibrant fever in the air as small crowds cheer players who aren’t known outside the town.

The endeavour for success isn’t unique to Claudio or Antonio. It appears that beyond football, there lie many more concerns for the people of this town. The families are struggling to pay bills – all for different reasons. This includes the President of the team, Italo (Alberto Di Stasio). As the movie progresses, we realise that there are many more characters who are juxtaposed between passion and poverty.

But children need to dream, am I right?

Earlier in the movie, there is a scene with Umberto (Giorgio Colangeli), who gives us a visual introduction to the best recipe for Guanciale. The enchanting way in which this food truck owner describes a local favourite suggests that there’s more to the writer using this analogy. If not, at least it reminds all of the importance of Amatriciana in the development of spaghetti, among other glimpses of Italian pride on his part.

The joy of passionate living bears certain costs. Football only seems to find funding at the pro-level. What are the economics of promoting football in suburban regions? How does one make this sustainable? Carnesecchi explores the different ways in which families in this town try to make room for sport. It is clear that Italo has a certain amount of respect for Claudio’s work, but how far will he go to protect it? How much does he care about Sporting Roma? These are questions that the movie raises throughout, as Italo tries to hold what was his together before it is stripped away from him.

’My word’, really? You really don’t get it? My word’s worth shit.

The film portrays honest dialogue among suburban families. Highlighting the frustration, devotion, care and critique they are bound to, Carnesecchi does an impeccable job at presenting daily ordeals. Discussing issues like acceptable social etiquette, religious faith, drugs and gambling as casually as he does, he makes room for tangible aggression that sets a twisty tone for the film.

With little to no humour, the film seems to find inspiration in the subtlety of an angry Tarantino-esque tool of dramatic exploration. Sharp, thrilling scenes raise smirks that are all too familiar or silently appreciate the attempt. Each character brings his or her own narrative, forcing viewers to slide far and wide before caving into an own goal. This was one of the few movies I’ve seen lately where every character undoubtedly adds a nuanced facet to the story.

While ‘The Match‘ doesn’t feel like a serious commentary, one has to credit the worldview with which Carnesecchi exposes suburban Italian football. It is a well-produced enjoyable family drama; with just enough action, gambling and substance abuse to let his message soak into fans of football.

Let us know what your thoughts on The Match (Netflix) 2020 Review.

Check Out Our Latest Post on Unknown Origins Review or You can Check Out Our Movies Archives for more Movie Reviews.