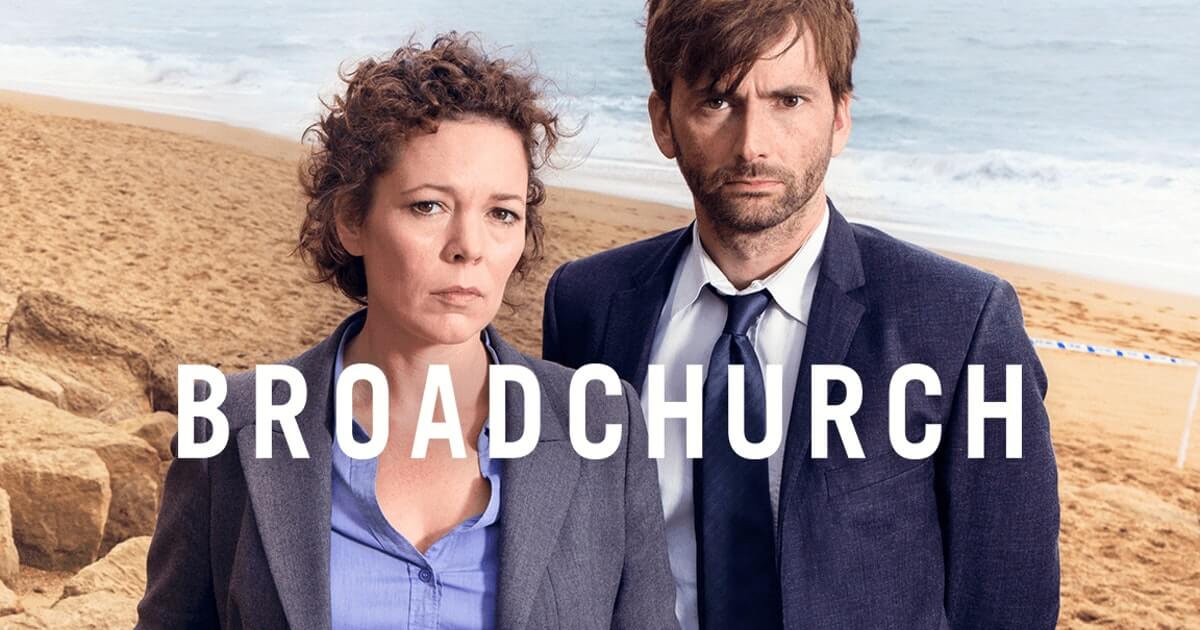 The gripping seriousness of a good crime-drama series is what viewers most often need. The subtlety of a well-written mystery leaves modern audiences with the kind of memories that garner respect. While television today is swarming with well-shot video, plots often fail to share the same finesse. Often too predictable or too dramatic, producers fail to recognize the importance of nuanced storytelling.

The three seasons follow the crimes that Hardy uncovers with the help of local Detective Sergeant (DS) Ellie Miller, portrayed by none other than Olivia Colman, now known for her outstanding work in shows like ‘The Crown’ and ‘Fleabag’. With this star cast, Chibnall unravels the caustic impact of hidden secrets in a tight-knit community. As he unearths once-innocent bonds, global audiences experience genuine shock as they relate to a genre one usually cannot relate to.

Season 1 observes the death of Danny Latimer, an 11-year-old local boy. Such a young death causes irreversible ripples through Broadchurch, demanding an intensive investigation. Broadchurch has not seen a crime of this measure before. This mystery is assigned to Hardy, a newly appointed DI, who is to be assisted by DS Miller. One nervous step at a time, Chibnall shakes viewers into recognizing the remorse that must follow casual conflict. The dominos effect highlighted in this season finds a murderer whose intentions are far too common but unpredictable. Softly touching upon the strange fabric that a conservative community rests on, one realizes that there is a message in the breakdown of fabricated formalities.

“Murder gnaws at the soul. Whoever did it will reveal themselves, sooner or later. No killer behaves normally over time.”

Season 2 follows the trial of the alleged murderer, whilst also taking us back to a case that Hardy worked on before moving to Broadchurch – The Sandbrook case. Miller becomes an angry but devoted discoverer of truth, showcasing a noble tenacity that is inspiring. The season also describes the difficulties that her son Tom Miller faces – an anchoring plot point that raises relevant questions of parenting. The trial is an informative exploration of the politics of law, starring wondrous performances by Charlotte Rampling, Marianne Jean-Baptiste, and Phoebe Waller-Bridge.

The parallel crime that Hardy returns to revolves around the protection of a witness to an unholy crime. The season takes surprising turns that continue to showcase discreet secrets; an underlying pattern in Chibnall’s writing.

Season 3, while set in Broadchurch, has very little to do with the plot of the first two seasons. While the Latimers recover from the toiling trial of the previous season, a new crime emerges involving the rape and murder of a local woman. Except for the two police officers that form the main cast, the third season is a whole new tale, presented by new characters.

“You know what’s bothering me about this case? It makes me ashamed to be a man.”

The problem with Broadchurch is its eloquent presentation of the everyday possibility of dangerous crime. I say “problem” because Chibnall’s attempt to display the “Shit, I fucked up” narrative is catastrophically brilliant. He explores psychological oppression in a way that ties-in societal realities that form the basis of pleasantries or neighborly affection. The lines that must be drawn between over-indulgence and assistance are raised in a manner that, while beautiful, may remain a grey-area to unintelligent viewers. To those who arrived at the message that Chibnall wished to highlight, it is clear that he implores people to revisit their understanding of acceptability.

Chibnall explores ageism, adultery, and alcoholism; raising an important question – Are such liberal stances a weakness or a matter of personal choice that need not lead to crime? Set in Britain, it is easier for viewers to understand that the criticized secrets cannot be the cause of such abuse. However, the twists that the show takes prove that it is difficult for such behavior to end in any other way. This dangerous proposition requires a level-headed approach that would hopefully inspire viewers to be better whilst allowing ‘better’ as well.

“The future’s not inevitable. It’s down to you.”

If you enjoy watching crime TV that makes you think while being a visual pleasure, ‘Broadchurch’ is a must-watch. If you agree, let us know what you thought of the show in the comments below.

Check out our previous post on ‘The Politician’: Season 2 – Awaited Psychosocial Political Promise?