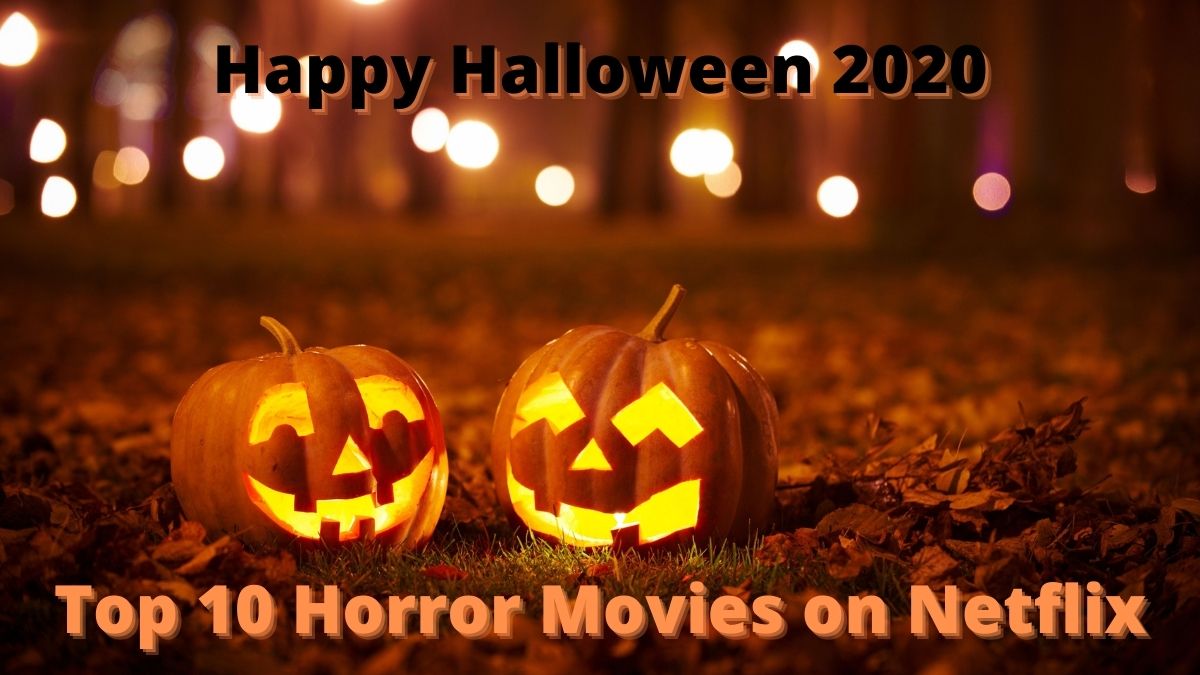 Want to make your heart race while opening closets? Want to think twice before going to the bathroom in the middle of the night? – all useful survival skills – or maybe you just enjoy watching scary/dark movies, or maybe you are just a psychopath. Well, if it’s any of the above, you came to the right place, we will be going through some of the best horror movies on the Netflix catalogue. Halloween is on the horizon and on the heels of a terrible year, nonetheless, so, let’s ‘trick or treat’ you guys with two lists instead of one.

We will go through the top 10 straight-up ‘no-nonsense’ horror movies, and a top 8 list of movies that can make you go,” Oh yeah, that was kinda scary too”. Also, it’s important to mention that if you cannot find some of these movies on Netflix, it does not mean it is not available, it just means that you need a VPN. So, without further ado, let’s jump into the top horror movies on Netflix. Sit back, relax, and let’s enjoy some ‘Netflix and Chills’ content.

A true classic in the horror movie genre, Director James Wan knows how to hit the right beats, and deliver an enjoyable yet scary movie. Having a contained story focused on the struggles of a couple and their comatose son, played to this movie’s good strengths. Some people just watch it for that scary old woman with the candle – to each his own, I guess.

An unidentified body of a young woman, given to a father-son coroner duo– we have a good idea where this plot is going. A crazy night, filled with thrilling revelations. A great movie if you love psychological thrillers in your horror movies.

An oldie that can still petrify you with special-effects that still hold up even today. Watching TV never felt more terrifying.  The film has an authentic family life feel to it, which makes the supernatural occurrences scarier than they have any right to be. The tragedy surrounding the cast also adds to the horror aspect of this movie.

What makes a good horror movie? Dumb people moving into houses where someone died horribly. Filled with classic scares that hits all the right notes, in the frightening sense. A writer desperate to uncover a chilling murder, hoping to find material for his story, uncovers things more ‘sinister’ than what he anticipated, and we find out that lights are important while sleeping.

There is a surprising amount of great Iranian horror movies, this being one of the best out of the lot. Set in the horrifyingly real war between Iran and Iraq, a mother, afraid for her daughter’s safety, suspects more is at play when a missile crashes in their house.

Trapped in a hospital by satanic worshipers seeking evil intentions, a group of random people tries to survive the ordeal thrown into their way. The film takes you back in time with its homage to 80s style horror which it’s intensely gruesome practical-effects. A great movie that will make you sweat till the end-credits.

A unique setting for a horror movie, Director David Bruckner gives us a story of 4 guys hiking in the Swedish woods, where unimaginable evil lurks and waits for them. As the plot develops, this movie is bound to shock as well as engage.

Gerald’s Game taps into that instinctual sense of dread in vulnerable situations. The Stephen King adaptation takes you into a horrifying scenarios– being stuck in bed, with no hope for help– sprinkled with horror elements, all elevated by the brilliant acting of Carla Gugino – who spends most of the movie being strapped to a bed.

A Stanley Kubrick masterclass in filmmaking, this movie is as spectacular as it is frightening. The story centres on a family of 3, the father gets a job as caretaker of a hotel for a harsh winter, and has to stay there with his family for months. The hotel is isolated from civilization at that period of time and has a dark pass linked to it. The slow descent into madness coupled with brilliant acting from a convincingly vicious Nicholas Jackson, makes this a must-watch horror movie classic.

A horror folktale involving witchcraft, fear-inducing musical scores and disappearing children. Set in an eerie 17th century colonial America, where a family of 6, living alone in the woods, starts getting disturbed by something unknown in the woods. A fantastically realized psychological horror that gets more and more unnerving as the film progresses, and as the family begins to distrust one another. With a spine tingling ending, this movie will take you on a wild journey through the woods.

And now, as promised, a Halloween treat with the list of 8 top movies on Netflix with horror elements.

Also Check Out Our Latest Post on The Trial of the Chicago 7.