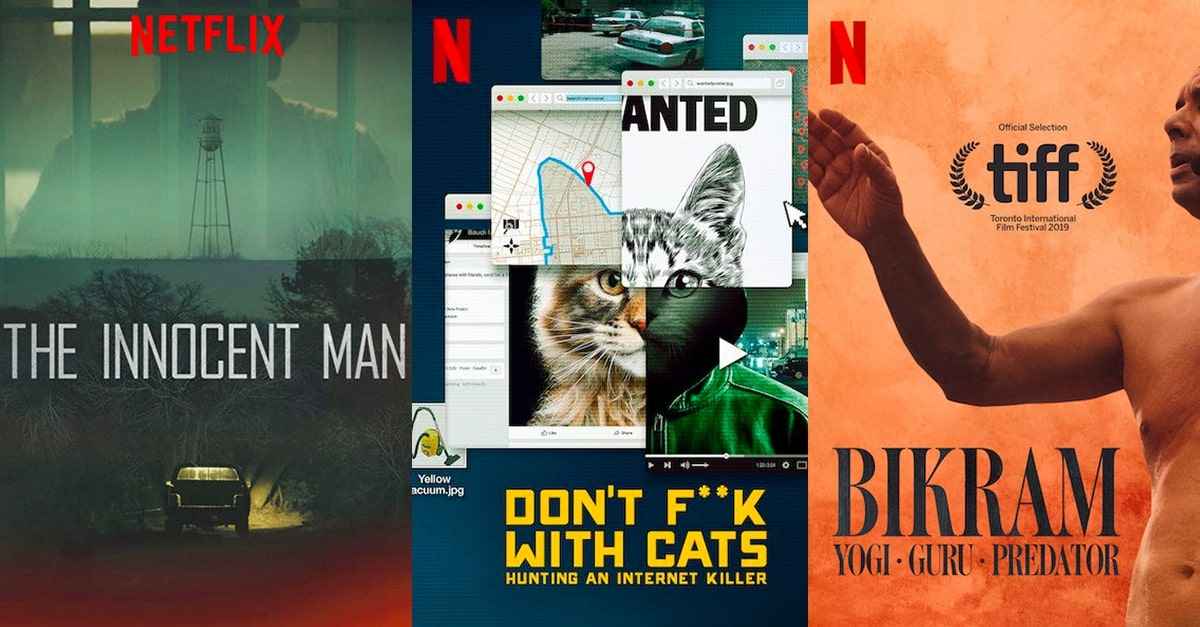 How does crime occur? When we as ordinary people think of the possible reasons that could lead to crime, we come up with reasons like a bad environment or jealousy or anger. Little do we know the kind of traits that such emotions could birth. Netflix hosts three cases of such nature in their extreme. Here’s a quick introduction to these DocuSeries that describe anomalous horrors:

“I don’t think I messed up. To apologize to them for doing my job? That’s just not going to happen.” – Bill Peterson: Previously District Attorney, Oklahoma 22nd District

Based on John Grisham’s only non-fiction book of the same title, this 6-episode DocuSeries explores two murders between 1982-84 in Ada, Oklahoma. It begins by restaging one of the most graphic crime scenes to narrate the tale behind the death of Debra Sue Carter. As a victim of assault, rape and suffocation, with the added morbidity that the murderer made the effort to detail, this news shook the entire town.

Attempting to create an infallible chronology, this documentary series provides footage of interviews and the confessions of those who were arrested. It also recreates scenes with artistic sensibilities aimed at memorability. Similarly, the series tackles the 1984 murder of Donna Haraway in the very same town. Unsurprisingly, the police investigations in both were not thorough, leading some to bear undeserved condemnation while others escape needed scrutiny. Some remain unapologetic, as others highlight how dysfunctional the policing of crime is.

“You can train a donkey for a hundred years, and it can never be a horse. That’s your problem.” – Bikram Choudhury

This DocuSeries is the story of Yogi Bikram Choudhury. It suggests that he was an Indian practitioner of yoga who had a new 26 + 2 asana routine, designed by him for human perfection. The show follows how, in effect, this was a product he sold in incomprehensible numbers in North America. His classes had an energy that can be best described as volcanic. From interviews shown, it appears that many were tranced by his passion and vigour.

He was crude with his instructions, but in a manner that seemed acceptable to most of his students and his family. They worshipped his mission for fitness and growth. While all this may have been someone’s truth, the series explores how this was a façade for a cruel con. With allegations of sexual exploitation and commercial misrepresentation, it appears that he was far more than “just a yogi”. How far can one go before one is publically tainted as a pathological liar?

“He’s going to get the attention of the world now.” – Deanna Thompson

This 3-episode limited DocuSeries explores perhaps the most horrific true crime to have ever been made available to the public. The show follows social media detectives, interviewing them on the events of this crime that was recorded and uploaded on the internet. As the story unfolds, the “internet sleuths” recount instances of trauma and exasperation as the account continues to post mind-numbing content similar to that known to come out of the dark(est) web, if not worse.

Authorities get involved as evidence of a criminal mind are made obvious through rather creepy narcissism. As various questions about his identity arise, viewers still struggle to grasp the depravity of the person who posted the video content. While the show eventually answers that question too, it leaves viewers baffled by a world that obviously exists but dramatically shocks when disclosed with such detail.

Is justice delayed justice denied? The societal pressures to leave no stone unturned make us wonder if the burden of policing such gruesome crimes is indeed as high as claimed. Worse, one is also forced to stress brain cells over what could possibly make someone so insecure or shaken that they could dwindle down such nasty paths. As these documentaries uncover rackets of their own accord, one wonders if media or social media intervention is what it takes for people to pay attention.

Let us know what your thoughts on these True Crime DocuSeries are in the comments below!