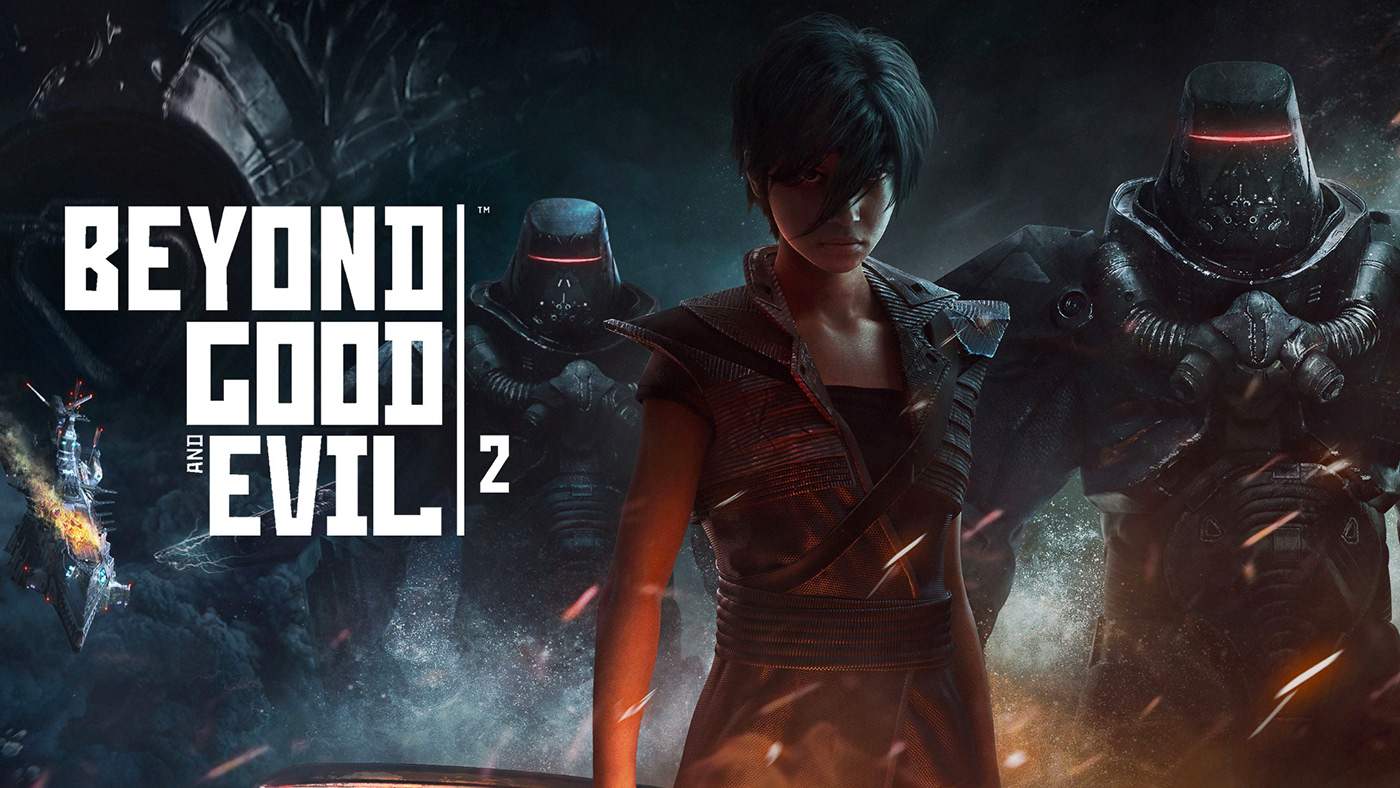 Amidst all the delays, we have been waiting ages for a sequel or in this case a prequel to the classic and ever-loved action-adventure game – Beyond Good and Evil. With its humorous and easily lovable cast combined with groundbreaking gameplay mechanics; the first installment quickly caught the attention of several gamers when it first dropped way back in 2003.

Ubisoft debuted a brand-new trailer at E3 that dropped jaws, alongside the infinite amounts of excitement it spurred amongst gamers around the world, the trailer created more questions than it answered. So, lets breakdown this trailer and point out what you may have missed.

Watching the cinematic trailer, it is quickly apparent that Beyond Good and Evil 2 is switching up the setting from the first installment and this time moving to outer space. This setting, however, is made especially unique when you realize that there are 2 galaxies colliding with each other. Getting a closer look and we are now settled in the outer rings of one of the many planets. As the camera pans inwards and zooms in, with the tiny ship being dwarfed with little icy planet-sized asteroids, we can fully appreciate the absolute vastness of the area that players can play in.

With characters being the heart and soul of Beyond Good and Evil, we are introduced to the first character, Uma, the chief medical officer. Uma seems to be some sort of dubious oracle and it is with all her religious markings that make it clear that she is a devotee to Lord Shiva.  This signifies that she has Indian origins. And yes, the game has been confirmed to take quite a few inspirations from south Asian culture, with one map even being called “Ganesha city” that we get a beautiful glimpse of later.

In a move that made fans across the world blithe, Beyond Good and Evil 2 shows us our first glimpse at some remarkably familiar faces. A now much more detailed and better looking Pey’J and Jade that made fans of the series reminiscent of the days when the first installment came out.

Moving on we get a more detailed idea on the dynamics that run the game. The crew has been confirmed to be a very vital part of the gameplay, as a captain, gamers are able to recruit their own crews and the recruited crew members further enables the gamer to develop the equipment’s used on the ships in the game. Another game dynamic we see is the ability to jump from your mothership into a smaller ship. A cool feature apart from that is to then abort your small ship and use a little jetpack to navigate the space. this enables you to explore the smallest most intimate spaces to the vastness of space seamlessly and with ease.

As the mothership is engulfed in a space-tsunami, we are hit with another scene that gives us another sense of scale to represent the massive proportions gamers will have access to. We see a massive enemy ship overshadow the mothership and with its two side claws pinch onto the ship, grabbing it and holding it down. We also get our first glimpse at who attacked the ship, and from this scene, fans will instantly recognize from their signature armor style as the Alpha Section.

Between the 2 Alpha Section soldiers is Jade, the protagonist from the first installment. And a quick pan shows her epic Katana stained with blood signifying she had been on a savage killing spree before she appears in front of the cast. People who know Beyond Good and Evil one will also know that Jade had a dark past and considering that Beyond Good and Evil 2 is actually a prequel we can very much expect Jade to be against the crew of characters that we are otherwise so familiar with. With that, we can also expect the story to effectively explore this dark past that Jade had and eventually get a better understanding of where Jade comes from.

All in all, there is a lot to look forward to with this installment in the franchise and gamers can expect to get a gameplay trailer and subsequently a fixed release date by the end of 2020.

Beyond Good and Evil 2 Trailers

Do Share your thoughts about Beyond Good and Evil 2 in the comments section below.

Check Out Our Latest Gaming Post on Watch Dogs Legion Trailer or Check Out Our Gaming Archives for Reviews on Recent Game.