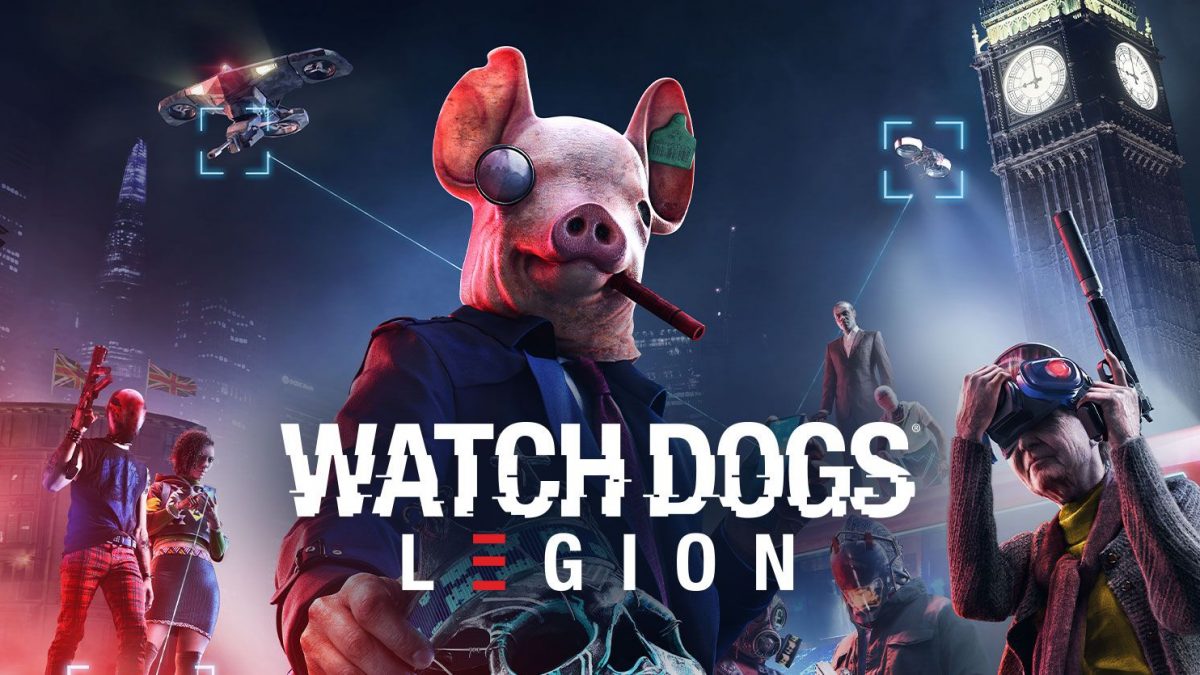 Over a year since Watch Dogs Legion was announced and we have finally got our hands on a spectacular cinematic trailer. And with this the recurring rumours have been confirmed – the 3rd instalment to the popular Watch Dogs series will indeed set you in the streets of futuristic London. One where mass surveillance and organised crime seem to be the norm.

It is quickly apparent, however, that Ubisoft is taking a slightly different approach with this instalment, especially when it comes to the setting. Though not quite post-apocalyptic, the trailer especially stood out for the comic book feel that it delivered. Deviating from the series typical dull and dark theme legion appears to be bold, colourful and very fast-paced but yet realistic for that matter.

In fact, if you feel like you’ve seen this style of presentation before then it’s because you probably have. This cinematic trailer was made and directed by the same crew that worked on the very colourful ‘Into The Spider-Verse’ and the 3rd episode in the ‘Love, Death and Robots’ show on Netflix. A truly unique yet beautiful style.

Set in a post-Brexit London, following the scenes from Watch Dogs 2, the sudden development and innovations in artificially intelligent tech have further caused severe degradation to the British economy.

As a result of this, the accurate and convincing representation of iconic London landmarks like the Houses of Parliament shown are all surrounded by a slowly collapsing society. The capital is being torn apart by a bombing campaign and this fact is being taken as an opportunity by Albion – a private security company who amidst the events manage to convince the government that DedSec are solely responsible for the collapse.

Having said that, the trailer follows a DedSec member (a resistance movement made up of hackers that the player will be in charge of alongside the countless characters you can recruit) as he makes a spectacular escape from the clutches of the government, all through the colourful streets of dystopian London where surveillance and organized crime are around every corner.

At the very end of the trailer as the DedSec member is seen almost apprehended, she is confronted by a taxi driver that chooses to help her escape. This is a key feature that was slyly portrayed in the trailer – a never seen before and unique to this game is the feature to recruit. Legion has been confirmed to feature the ability to recruit characters from around the city into your resistance group – DedSec.

Having recruited characters you are able to form a whole roster that you can make use of in various ways throughout the game. Each character can be assigned into one of 3 classes, each with unique skills and tools to enable the player complete different missions. The categories include – enforcer, infiltrator and hacker. With each having a unique set of skill that differently enable to complete different levels. For example a spy or even a construction worker that you scout on the streets of London, the possibilities are near endless and quite possibly might be Watch Dogs Legion’s biggest selling point.

Apart from the new feature to recruit, we can still, in typical Watch Dogs fashion, expect the usual hacking aspect to the game. But this time possibly in an even more diverse manner considering the game is set in a much more developed and tech-savvy world.

Do Lets us know What your expectation from Watch Dogs Legion are in the Comments section below.

Check Out Our Latest Gaming Post on Gameplay Review of Ghost of Tsushima or Check Our Gaming Archives for More Gaming Related Reviews.