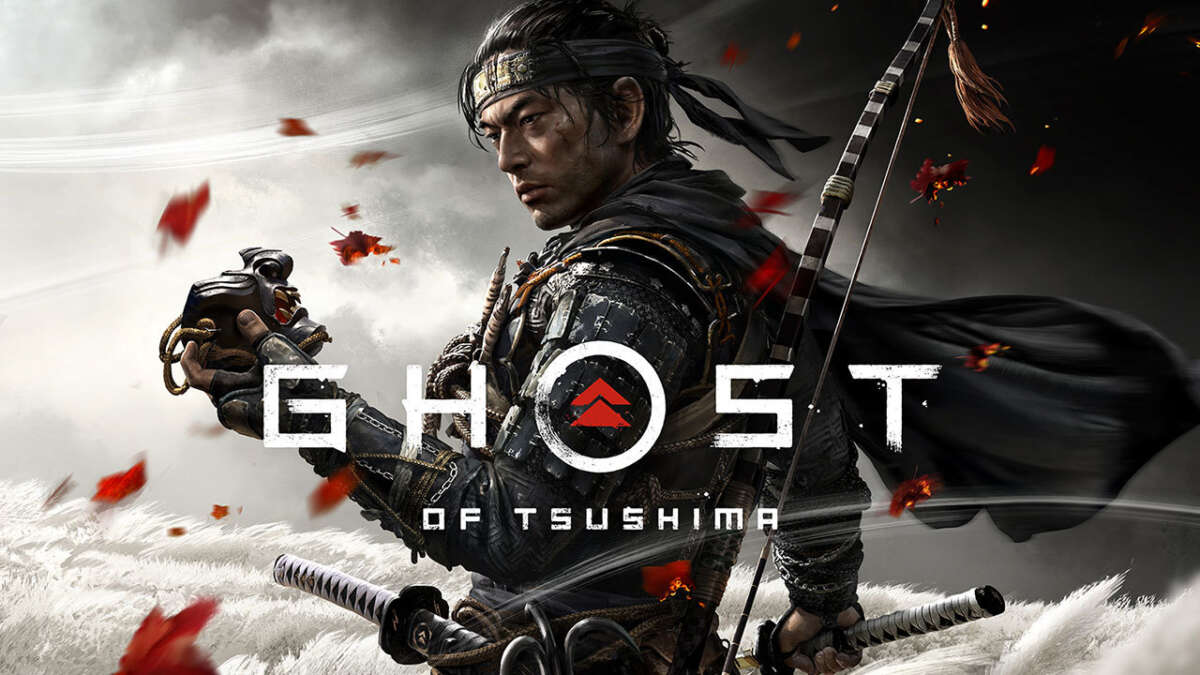 Ghost of Tsushima – the latest open-world game from developers at Sucker Punch.

For video games, the visual presentation is a crucial first impression, and Ghost of Tsushima makes a powerfully striking first impression. Though it may not sport the most hyper-realistic animations like we saw in the Last of Us 2, it still doesn’t fail to make a statement. The aesthetically pleasing map is filled with architectural marvels and cultural splendours that accurately represent the time period that Ghost of Tsushima is set in.

Set in the Feudal era of medieval Japan – the 13th century to be precise. The title features several assortments of shrines and various landmarks that each pay due homage to the culture from this era. Sucker punch clearly took great care to keep the game’s authenticity as close to real-life Japan as possible… and yes the storyline is accurate too – for the most part at least.

Ghost of Tsushima is a fictional tale that follows a fictional Lord Jin Sakai, however, it is all based on the very real invasion by the Mongol Empire that took place on the island of Tsushima. Gamers take control of Jin who starts off a samurai but a quick and disastrous defeat quickly teaches him that perhaps his ways and skills as a samurai are maybe not good enough to deal with this new threat. It takes a little while to get going from here as Jin starts to practice and learn new skills.

The sound and music employed for scenes in the game are perfectly orchestrated to prominently enhance whatever emotion the scene is trying to provoke. Also, the music seamlessly transitions between traditional shakuhachi flutes when in stealth modes to thunderous drums when the combat gets going. This little effect makes combat scenes all the more stunning.

Fighting like a true samurai – Ghost of Tsushima’s combat is like a tasty thick milkshake of everything you have come to love from the assassin creed and batman Arkham series but now with epic Kunais, Katanas and an arsenal of other more weapons. From the get-go it seems quite basic, with the light/heavy attacks, a dodge button, a block button and others. But, what really causes it to stand out and remain interesting throughout: is the addition of stances – each of which are unique to different weapon types. All this combined makes the combat in Ghost of Tsushima fast, chaotic and feels just like you’d imagine it to feel as an actual samurai.

Having said this however the stealth aspect is not the very best. The AI tends to make stumbles once you have been detected and at this point, the enemies just seem to not know what to do. Fortunately however Ghost of Tsushima makes going loud just as rewarding and advantageous as picking off enemies unnoticed and it does this ‘going loud’ in the most stunning way.

Complementing to the actual storyline, Ghost of Tsushima employs several different kinds of side quests in a successful attempt to keep gameplay fun. ‘Tales of Tsushima’ – the first and most common type of quests. These are largely forgettable but more often than not, present gameplay mechanics that you normally wouldn’t get anywhere else in the game. Apart from this, there are also the more impressive, character specific side quests that gives every major characters a nice character arc that in turn reflects in aspect of Jins’ journey through the game. These quests do also provide rewards as an incentive to interact with them. Providing charms that in turn can be used to pull out helpful upgrades to your character.

The final and most impressive quests are the mythic tales that are obtained by listening to a musician narrate a story through truly beautiful animations, and the rewards from these are the most valuable.

Finally, a true stand out feature that sucker punch thoughtfully added is photo mode. One of the best I’ve ever seen – and that is only partially because the game is just so beautiful but mostly because of the unique touches that enable you to change the backgrounds and even add an overload of leaves, fireflies and such.

Final verdict – despite its few unpolished areas such as the buggy AI and the off-point stealth action, Ghost of Tsushima constantly left me awe-struck with both its aesthetic spectacle and truly stunning combat mechanism. But in the end, personally, I was sold on the concept of a samurai themed game – that too in medieval Japan. A truly extraordinary action-adventure open-world game.

What’s your take on the game. Do let us know in the comments.

Check Out Our Previous Post on ‘AFTERLIFE’ or You can also check our Gaming Archives for more game reviews.