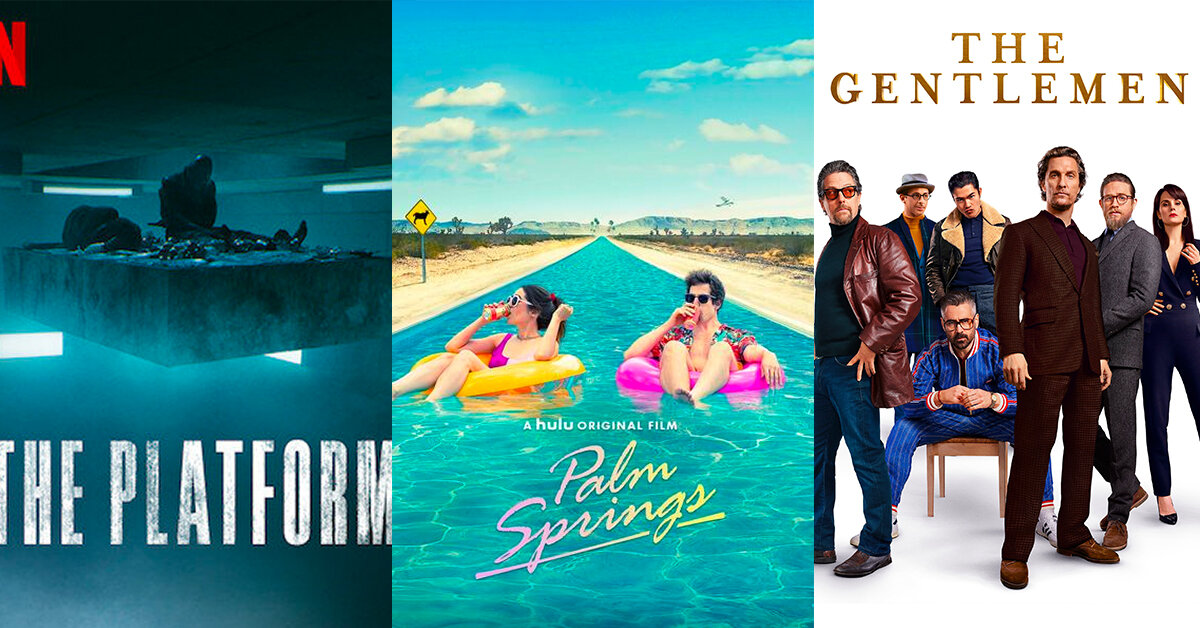 2020 has been a fantastic year for movies despite this difficult epidemic. While the ban on theatres continues, video-on-demand has made things accessible. Here’s my list of the top 5 movies released in 2020 so far:

“We prefer to call it the Vertical Self-Management Center.” — Imoguiri

A thoughtfully designed script, this Spanish film is originally known as ‘El Hoyo’ and was released on Netflix in March 2020. First seen at Toronto International Film Festival (TIFF), this socio-psychological thriller popularised as “Sci-Fi Horror” is brilliant. The movie studies the Schrödinger’s cat from inside the box, presenting a choreography that is thought-provoking and frightening. The possibilities of greed & disregard for others are pushed to every edge, forcing viewers to roleplay scenes from quests of survival. More importantly, it makes you question if you have any choice in the matter at all.

“If you wish to be the king of the jungle, it’s not enough to act like a king. You must be the king. There can be no doubt. Because doubt causes chaos and one’s own demise.” – Mickey Pearson

Released in January 2020 globally, ‘The Gentlemen’ is the brainchild of Guy Ritchie. Matthew McConaughey plays Mickey Pearson, the classiest version of a Ritchiesque protagonist. The movie unfurls the worries of a drug kingpin and the interesting ways in which his posse would approach them. Another distinct action movie laced with very-British humor, this movie is engaging and exciting. It succeeds at being memorable and maybe a subject of cult-fiction in the future.

“Do you remember the teachers who sat with you, who held you by the hand, who taught you to add and subtract, or showed you, Gatsby and Salinger, for the first time?” – Frank Tassone

An unexpected but well-embodied role for Hugh Jackman, Mike Makowsky writes a fascinating crime-drama about a Dr. Frank Tassone. First seen at TIFF, this film came to HBO in April 2020. Based on a true story involving a public school in America, Jackman plays the role of the Superintendent of Roslyn High School, Long Island. Commemorated for the holistic merits of its’ students, the school is Tassone’s greatest pride and legacy. The story unfurls, telling a surprising tale of the cost of this pride. It makes for gripping, well-shot social commentary; whilst disclosing the facts of true crime.

An interesting project involving Andy Samberg and featuring J.K. Simmons, ‘Palm Springs’ released on Hulu in July 2020 after having been showcased at the Sundance Film Festival. This Rom-Com is a heart-warming entertainer that makes for perfect mindless therapy. While intelligent, it aims to humor a similar emotion that all of us are experiencing this Covid19 season. It’s been a tough year; and this light-hearted commentary on what it feels like to wake up in the same bed every day brings hope. It makes for perfect dinner-time television and renews adoration for Samberg’s goofy nature. The concept and acting deserve admiration.

Following suit from the failure of ‘Suicide Squad’, DC puts in a monumental effort to excite viewers through ‘Birds of Prey’; and it has paid off. One cannot be sure if its success should be attributed to its feminist script and all-female superhero squad or a marked improvement in storytelling. Either way, the film makes a great impact on audiences and is a memorable reminder of the thrilling tale of Harley Quinn. Margot Robbie is weird yet enticing in a way that best describes Quinn’s mind; while supporting characters truly represent the development of Heroine team dynamics.

A special mention must be made to the Netflix release of the acclaimed Broadway show, ‘Hamilton’. The title does not fit my criteria for a film but is a note-worthy special to have released this 2020.

Tell us what your thoughts on Movies released in 2020 are in the comments below!