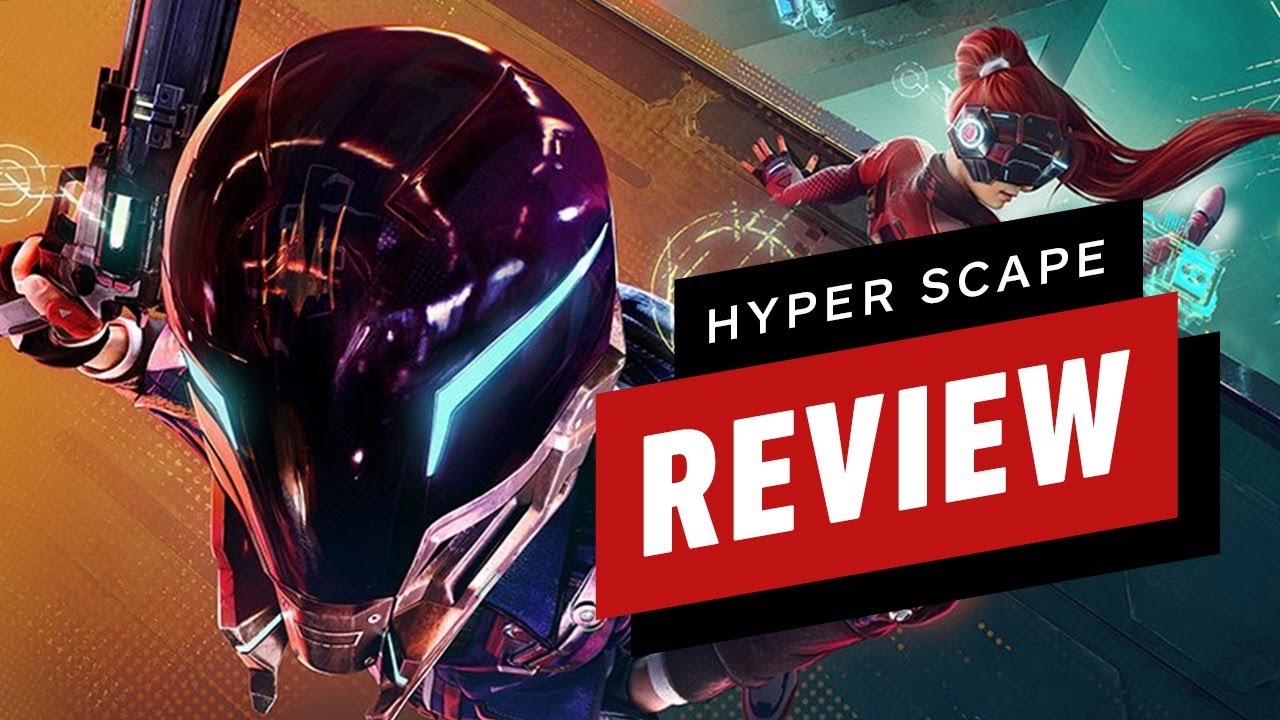 As battle-royale games have dominated the gaming market over the past 2 years, we are now introduced to yet another ultra-fast paced, somewhat futuristic shooter.

Created by the same studio that gave us the most beloved Rainbow Six Siege and Assassins Creed series, the game sure does have a lot backing it up. But does it really deliver? Or is it just another rushed Ubisoft game?

Hyper Scape definitely has charm, well, at least at the first glance. The game opens to a beautiful cut-scene that familiarizes you with the unique, retro setting of the game. Hyper Scape’s charm is contributed significantly by its aesthetic. The map is colourful and expressive and the characters perfectly compliment this. In fact, Ubisoft went so far with the aesthetics that instead of a mysterious cloud slowly shrinking the map, like we are used to with other battle-royale titles, in Hyper Scape, the map slowly pixelates and de-renders in front of your eyes.

After watching the intro cut-scene for the first time, gamers are spawned into a mandatory training ground, where the games mechanism is introduced. Spawning with nothing but a melee weapon, you are set to find guns and abilities all across the map. And, yes, that’s right, Abilities.

These abilities, or hacks as they are called in-game are designed to augment and propel your current abilities. Having said that though, the abilities are extremely mobile. Even the offensive abilities, like the slam attack will have you launched several meters in the air or even dash you forward.

Apart from abilities, the game introduces a never before seen mechanics. All your weapons and hacks can be upgraded simply by picking duplicate spawns of the same sort across the map. These 2 mechanics paired together result in some really fast-paced gameplay. The hacks are constantly propelling you all across the map, and this makes verticality and movement a very important aspect in the game. Meanwhile, the ability to quickly level up your weapons, paired with a wide arsenal of weapons to choose from keeps the game fun and different every other time you play it.

Well… like I said earlier. This is all at first glance. Playing Hyper Scape for longer than a few hours and you’ll be quick to spot glaring flaws and confused design choices. The core issue can really be boiled down to one major aspect. And, annoyingly enough, it is also the most important aspect of the game.

‘Time to kill’ – Wait! I don’t mean it’s time to kill. I mean, the time it takes to kill. See, for fast-paced games like Hyper Scape where you are sent flying across the map, the time that you get the enemy in your sights is highly limited. As a result of this, you would naturally expect a pretty quick ‘time to kill’. And this is Hyper Scape’s major issue.

It has a ridiculously long ‘time to kill’. Getting kills, arguably the most fun part of any shooter themed game, has become a long drawn affair in this title. Often times, you might end up chasing a single target across the whole map, because it is simply impossible to pump enough bullets into someone before they either leap, slide or just teleport away.

The weapons, on the other hand, though there is a whole arsenal to choose from – the weapons almost feel like pea-shooters half the time. The explosive weapons, especially.  These do far too little damage to even be termed as explosive. Some explosive weapons require 3 or more direct hits to score a kill. A ridiculous amount for a game this fast. Shot guns on the other hand are nothing like you may be used to. Taking 2 or more shots to kill, they also feel useless half of the time.

You may be wondering about the upgrades. Well, it’s not until the final weapon upgrade that you receive an increase in damage, so unless you get lucky and fully upgrade, what you’re left with is still a pea-shooter.

Coming back to the abilities in the game, though cleverly innovated, the games mechanism and manoeuvrability ruins it all. For example, the hack to spot enemies is often outdated by the time you get to actually use it considering everyone just teleports around.

It’s a terrible shame that the games slow kill time works completely against its main selling points – mobility and hacks. Having said all this though, there is a good game hiding underneath all these issues. Bringing mobility to a battle-royale game is genius and maybe if Ubisoft drops patches to reduce the ‘time to kill’, then Hyper Scape just might have its time on the battle-royale throne.

Do let us know your thoughts on Hyper Scape Review in the comments section below.

Check out our previous post on Top 15 Historical/Period Documentaries on Netflix.