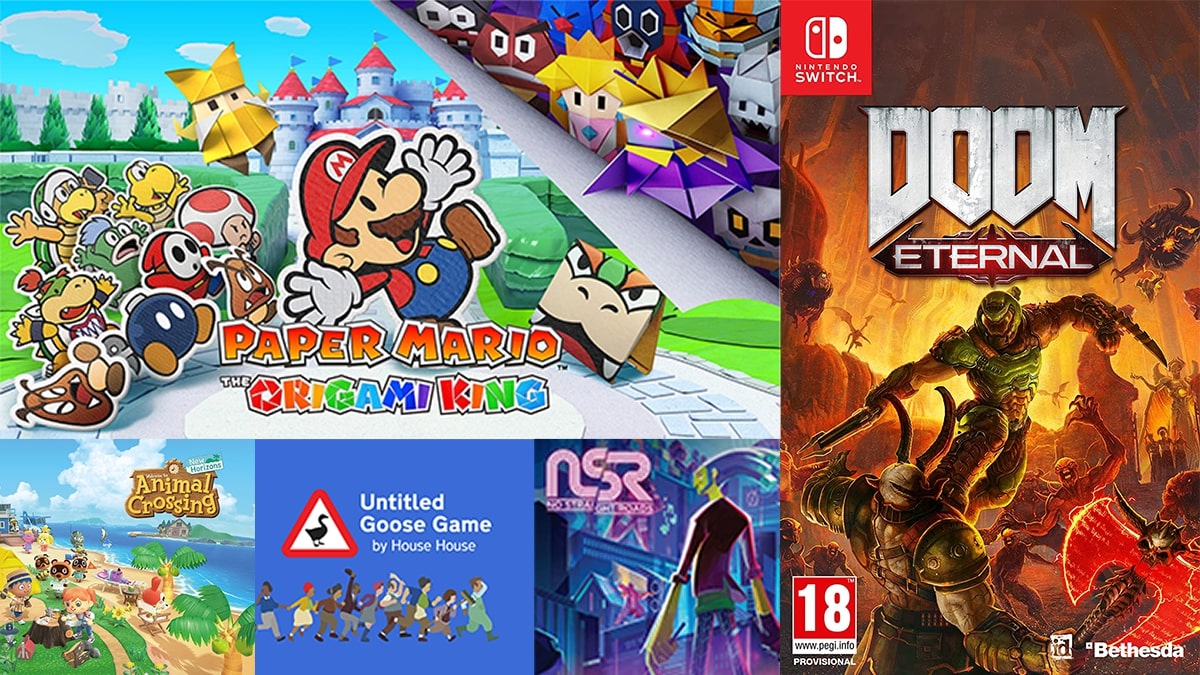 Even with the next generation of consoles coming around in no time, this has not slowed down Nintendo and several other third-party developers from pumping out new releases. Not like we are complaining though, this has kept the Switch constantly relevant and we always have new titles to play.

Having said that, we’ve done all the hard work to help you pick from the plethora of titles that the Switch has to offer and no matter your mood; there will be something on this list that’s sure to tickle your fancy.

Ah, yes! Animal crossing, the video game franchise that took the world by storm in tandem with Covid-19. Unlike the pandemic however, animal crossing is peaceful, violence free and almost whimsical. Perfect for gamers of any possible age.

Animal Crossing is all about you and the choices you make. Set as a life simulation game, the game drops you off on a completely deserted island with only a few random villagers – or rather animals. Animals that each have their own unique, colourful personalities. You and your villagers begin to build and live in houses which you can fully customize to the last spec. There is a store where you can sell almost anything to make some extra cash and several other similar locations that are modeled off real life. There are endless opportunities in Animal Crossing and side quests as well to ensure you never get bored.

This cross-genre, colourful, paper world game is a refreshing switch from the Super Mario world that we are so used to, and this game is proof that change doesn’t always have to be bad.

The Origami King makes a spectacular and successful attempt at keeping you immersed, be it with its fun mechanics or stunning scenery. The world is seamlessly well put together in order to compliment the game strongest point – the game play. Paper Marios combat mechanism is fun and refreshing and also adds a fun puzzle aspect to it. So, anyone with a niche for puzzles will definitely love this game.

Doom Eternal dropping on the Switch opened a portal that we never knew existed. With its fluid dynamics and controls that make bouncing off the battlefield and slaying monsters an easier than ever before task. Doom Eternal epically showcases the full hardware capabilities that the Switch boasts.

Following in the footsteps of the original Doom, this brutal and exhilarating first person shooter is nothing short of a masterpiece. Doom Eternal is especially credited for its intriguing story line and immaculate level design. With its brutal and grisly aesthetic this is  game that will hook you for several hours on end.

Though released in late 2019, this game went mostly under the radar up until later in 2020 and there really isn’t much to say about this game apart from you really should play it.

You are aptly placed in the world of a goose, playing and making decisions as a goose would and while you can make as much havoc as you can possibly want, it’s not quite as chaotic as goat simulator.

With various objectives that you would expect an evil goose to engage in, such as stealing a little boys glasses and several others; every objective is more clever than the other and some have a little twist to them that require some big brain time to solve.

The game is extremely minimalistic and simple to learn but still provides endless hours of comical fun.

If you’re anyone that likes Persona 5 or any rythm based games, you’re going to love No Straight Roads. With its sleek and colourful atmosphere, the art style and character design is right on point, and the way in which the game utilizes audio and music is really what sets it apart.

Following an Indie-Rock duo who set out to battle an EDM empire in an attempt to free their city, all with the power of Rock, the game dynamic is entirely based around a unique rythm-based system. Though not necessary, the player has to follow audio cues in order to effectively make their next move. With the music notes doubling as ammunition, the combat system is unlike any thing you’ve ever seen and its incredibly fun to experiment with.

Let us know which game out of our Top 5 Nintendo Switch Games 2020 list would you play in the comment section below.

Also, Check out our review on Rainbow Six Quarantine.