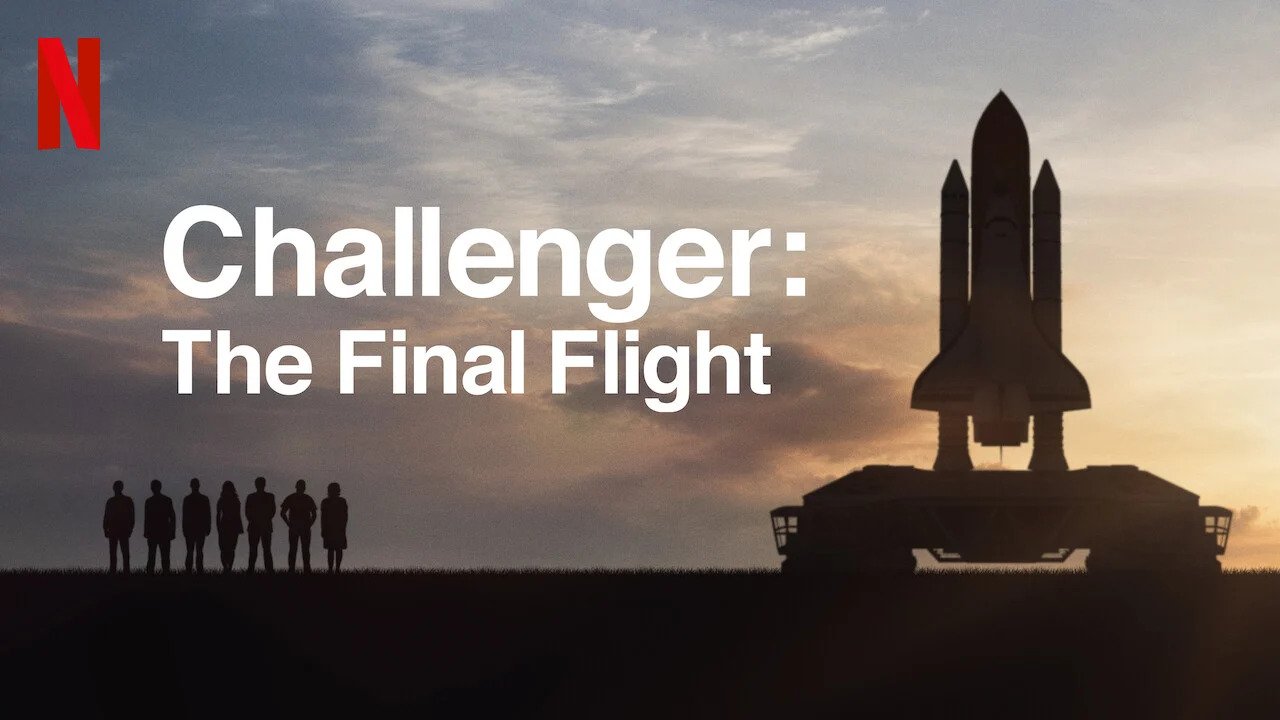 On 28th January 1986, NASA’s Challenger met with a tragic fate. ‘Challenger: The Final Flight’ is Steven Leckart and Glen Zipper’s attempt to etch out the murky decisions that allowed for this to happen. Having meticulously interviewed then NASA Officials, contractors, and family & friends of the deceased crew, they bring to viewers a 4-episode summary of what made for an American national tragedy.

“Americans have shown the world that we not only dare to dream great dreams, we dare to live those dreams.”

In 1974, William Lucas was appointed as the Director of the Propulsion and Vehicle Engineering Lab at NASA. For context, America had already sent people to the moon. It appeared that the American public was no longer surprised by the not-so-novel progress of space in the 60s. Life was grim. The Vietnam war had begun and inflation became the everyday reality. The new American agenda was to do something that could make people feel good. Something that could serve as a source of national pride.

With this in mind, Lucas’ chief task was to try and develop lower-cost means to travel to space. America had decided to develop a “Space Truck”, says Lucas, that was reusable. Apollo served to be far too costly as it could not be relaunched. They had to develop a space travel solution that was reusable. In 1977, the new spacecraft became the chief focus of NASA. ‘Challenger: The Final Flight’ descriptively explains the excitement that bubbled through the entire country when NASA invited the public to participate.

The documentary goes on to interview family members of the engineers who were selected to become astronauts at this stage. America had decided that it was time to do away with a crew that was purely Anglo-Saxon male. Wanting to introduce women and other minorities among the team of astronauts, NASA opened up its’ applications.

Surprisingly, even though 10 persons who fit this bill were chosen to join the program, it was a Francis “Dick” Scobee who appeared to be the Captain America of this crew. With no intention to defame this attempt at diversity, I must mention that the stories of Judy Resnik, Ron McNair and Ellison Onizuka prove that while my observation is true, it only makes for jovial irony. They were all exceptionally talented astronauts who will be remembered for their unfortunate sacrifice.

“This is your NASA.”

The astronauts trained heavily for this new program. Rhea Seddon, also an astronaut then, described this as a “trial of water” as they were made to do various simulations in the sea. They eventually decided that it was time to invite civilians to the program too. America wanted the world to know that it could facilitate space travel for a few members of the public, extending access to the mystery of outer-space. Eventually, then-President Reagan announced that he would extend this to America’s finest cadre of persons – Its Teachers.

Birthing one of the most legendary women astronauts, Christa McAuliffe makes for the main protagonist and victim of this story. She was a teacher in New Hampshire and was selected as, what interviewees say, made for an obvious choice. As Fly Like an Eagle by the Steve Miller Band fills the room, viewers are now gripped with a non-fiction telling of a school teacher becoming an astronaut and scientists discussing the engineering behind a marvelous invention. The sheer public engagement that such a project allowed for is globally historic.

“You’ve gotta get that thing going at more than 85 football fields in a second.”

The space shuttle, while well designed, has to rely on contractors and NASA officials to only allow actions that are scientifically approved to affect its trajectory. While they are the most intelligent people on their planet, they remain human. Unfortunately, here their infallibility played a large part in jerking the success of this launch. The reusable space crafts had to measure erosion and other collateral effects as their safety diminishes upon use. Being ejected by the sheer force of a rocket booster forces the need for constant recalibration and assessment.

“Once you light a solid propellant booster, you cannot turn it off.”

Wonderfully explaining the way seals work on space shuttles, we understand that seals deteriorate upon usage. While the contractor for the solid rocket booster, then Morton-Thiokol Inc., claims to have recommended against this launch, the NASA officials had to internally deliberate upon a lot more data, and a lot of other concerns. With everything that you now know, the question that you must answer now is, did they tackle this well? The documentary shows footage of the commission meeting that deliberated on the explosion and its’ causes. An inspiring aspect is the “diplomatic jiu-jitsu” exercised by a council member to bring the truth out. The “unusual plume” was exposed, but did it deter public faith in NASA?

People continued to have hope. America still needed to be in space. It was only in 2011 that they decided to do away with the space shuttle program. The Challenger was redesigned under a new arrangement that also makes for an important twist worth noticing. Two years later, the new and infallible solid rocket boosters made for a successful launch and over 80 more. While in 2003 a similar incident occurred and a new wave of accountability forced NASA to reconsider more, we do now know how the idea of being in space once affected a nation.

Let us know what you thought of this ‘Challenger: The Final Flight’ documentary review in the comments below.

Check out our review on 3 Bizzare True Crime Docuseries.