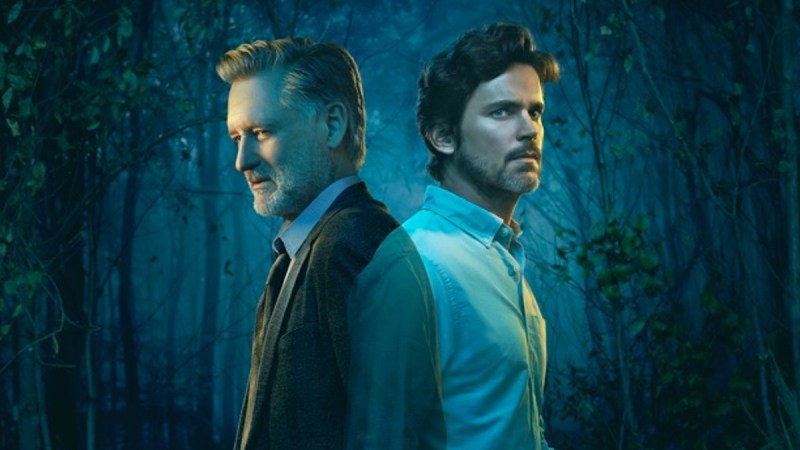 Earlier this year, Netflix released the third season of the show “The Sinner“. The plot is based on a car crash in Dorchester. Needing assistance with this crime, Detective Ambrose (Bill Pullman) is called in by the Dorchester Police to help solve this mystery.  In this season, Ambrose follows his primary lead, a Jamie Burns (Matt Bomer) – the survivor of the car crash and the one who reports the alleged accident.

It is made clear that Burns is the protagonist of the show in the first episode itself. As threads are pulled out of this once well-knit tale of an accidental car crash, this 8-part series reveals an age-old relationship between Burns and the deceased, a Nick Haas. It also showcases Sonya Barzel (Jessica Hecht), a painter-artist who lives out in the woods on a large plot of land. It appears that her home is the only home around the area where the accident occurs, and is thus the secondary lead on this case.

Like any season of ‘The Sinner’, the plot centers itself on a known philosophical theory of living. This season, it centers it’s tale around ‘The Übermensch’. A term propounded by Nietzsche, the Übermensch or the Over-Man, better translated as ‘The Man Beyond Men’, is another concept that defines an alpha-personality. After Plato’s Philosopher King, Nietzsche’s Übermensch is the first memorably-defined written vision of a supreme human being. Due to the infamy it receives from Adolf Hitler’s public reliance on the theory and his self-proclamation as its follower, the theory is often misunderstood.

Doing an excellent job of narrating the practical facets of the Übermenschian thinking, the script follows the bond between two friends and their search for resonance. Ambrose connects with Burns’ and Haas’ teacher who highlights that their bond in college was based on their critical thinking and love for philosophy. As the show attempts to engage an audience with new lessons on an otherwise infamous term, it rediscovers the root cause of a flaccid living that plagues Burns. Unfortunately, it also discovers where the search for strength and individualism could stray into weakness and the criminal extraction of undeserved validation.

The show explores the powerful attraction among men who seem to recognize their trauma in one-another. It highlights the various relationships that society allows to be forged between them – best friends, father-son, acquaintance, concerned citizen, or suspect. It aims to disclose the facets of unbridled freedom that often lead to irreversible and regrettable association with crime. A quest for wholeness often afflicts the few souls who seem to be cornered into critical thinking. An otherwise-relaxed population finds it impossible to engage with this strange, ever-hungry seeker of individuality.

Individuation, a theory well-propounded by Jung, discusses the need for a certain section of the population to be a ‘Hero’ or an unshakable force of nature that cannot be diluted by mere concepts like ‘choice’. Somewhere between the martyr and the madman lies the Übermensch, who in its purest form is meant to holistically represent the extremes of society, gluing the possibilities together to encourage the functioning of a fair, tolerant and wholesome world. This ideal is sought by Burns and Haas in yet-another grim tale discovered by Detective Ambrose.

Sonya Barzel, an important supporting character of the show, highlights her awe of Burns as she claims to “feel” a specialness within him through her artistic intuition. Showcasing a range of emotions from fear to desire to obsession, the parts of the story that are narrated through her point of view are a fascinating rendition of a feminine perspective.  Another much-needed feminine counter-story is presented by the afflictions that berate the trust of Burns’ pregnant wife, who has to tackle far more than a woman should have to.

Overall, ‘The Sinner’: Season 3 may not be as overwhelming as Season 1. Touching topics that may be considered supernatural by some, the season loses viewership from those who enjoy a practical perspective on psychological crimes. Awaiting external stimulation through drugs or financial coercion, the regular viewer may be disappointed to find a surprisingly natural stimulus for crime in this season of ‘The Sinner’.

What did you enjoy most on this third season of ‘The Sinner’? Let us know in the comments below.